View Larger Map
Primary Areas of Need
Throughout our 20 plus years of service to Bristol Bay, SAFE has identified major barriers to victims of violence attaining either short or long term safety.
Expand and enhance immediate safety services.The primary mission of S.A.F.E. is to provide immediate safety for victims of domestic violence and/or sexual assault, including safe shelter and emergency transportation.
Establish, strengthen and maintain cooperative working relationships between law enforcement, prosecutors, victim advocates, tribes, community groups, health care providers and other responders and/or involved parties to create a coordinated response to victims of crime and to increase investigation and prosecution of domestic violence and sexual assault.
Establish and maintain an ongoing, comprehensive, culturally appropriate, sensitive and effective prevention, outreach and education campaign that will allow systems, communities, families and individuals to focus their collective skills and energy to challenge the conditions that sustain the violence.
For progress to occur, our responders, our relatives, our friends and community leaders must educate themselves to the devastating effects of domestic violence and the overwhelming obstacles that keep our victims not only silent but also hidden.
It is our function to actively advocate for victims through information, support and assistance and to act as enablers for their decisions. It is our goal that through the alternative of advocacy, safe shelter, crisis counseling, community education, and village outreach, victims will be able to establish a physically safe household for themselves and their children and will be strengthened in the recovery process. 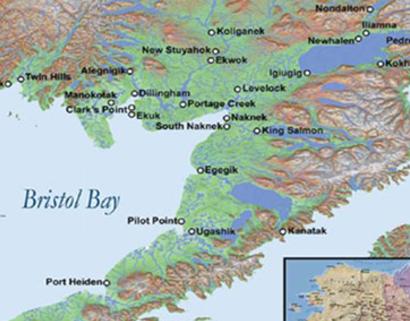 SAFE is Bristol Bay's shelter and advocacy agency for domestic violence and
sexual assault victims. Dillingham, a community of 2400 people, serves
as a hub for as many as twenty-five surrounding villages and has a
geographic service area approximately the size of the state of Ohio.

SAFE's closest sister agencies are in Unalaska (Unalaskans Standing
Against Family Violence, USAFV) and Bethel (Tundra Womens' Coalition,
TWC). Unalaska is at the beginning of the Aleutian chain and Bethel is
northwest of Dillingham at the mouth of the Kuskokwim River. In between
SAFE, USAFW and TWC is lots of land and water, where isolation can
contribute to the violence. Breaking isolation barriers for victims is
paramount in rural Alaska and can be costly and logistically
challenging.

Domestic violence and sexual assault are common and overwhelming
problems in Bristol Bay. In any given year, nearly 20% of adult female
residents of the Bay are clients of SAFE. Another 10% will go through
the police and courts without ever contacting SAFE. These are just the
ones we know about. Domestic violence is substantially under-reported.
We believe it is conservative to estimate that three out of 10 adult
women in Bristol Bay will be victims of domestic violence sometime this
year.

Adults who abuse their intimate partners are 70% more likely to abuse
their children. Children who live in homes where there is violence are
1,500 times more likely to be abused. The average number of children in
households of women who seek services from SAFE is three -- most are
under the age of 10.

Cultural disruption has increased violence against women among Alaskan
Native Groups and Bristol Bay is no exception. Prior to western
intrusion, some Native groups were egalitarian, some matriarchal, and
some patriarchal; however, status depended more on the individual's
ability to contribute to the group instead of on gender. Violence
against women was not the norm for any Alaskan Native group. Native
Alaskans interacted through extended families, provided for their basic
needs from the land and sea, educated through oral tradition, and
focused on communal needs.

Western culture requires a lifestyle of nuclear families, wage earners,
formalized education, and a focus on individual needs. Today, while many
rural Alaskans are still dependent on subsistence, the cash system is
necessary for most basic needs. Television is available throughout the
state, which has further undermined traditional values. Elders have lost
their place of honor and respect. Being forced to reconcile western
culture with their own has led to high suicide rates, chronic
alcoholism, and increased violence against women and children.